Please enable JavaScript in your browser to use this page.
Skip to main content

Come and celebrate the Queen's Baton Relay on Tuesday 5 July.

Birmingham 2022 is staging the 16th official Queen's Baton Relay – an epic journey across the Commonwealth, with The Queen’s Baton visiting all 72 nations and territories.

The Relay began on 7 October 2021, with Her Majesty The Queen placing her Message to the Commonwealth into the Baton. The Baton is now on its 294-day long journey to every corner of the Commonwealth, and will be coming to Bath on the morning of Tuesday 5 July.

We are excited to be hosting a part of this wonderful journey with the Baton starting its travels at the Royal Crescent at approximately 9.30am. It will make its way down through the city, ending at the Roman Baths at approximately 10am.

Read our press release on the Newsroom.

We hope this collective journey will ignite hope, solidarity, and collaboration as it connects communities, embraces unique cultures, and shares inspirational stories.

Thousands of Batonbearers, each with inspiring backgrounds and stories, will have the honour of carrying the Baton during the journey through England, including those nominated in recognition of their contributions to their local community. Between 40 and 130 Batonbearers will carry the Baton each day, and the Relay will reach hundreds of villages, towns and cities during its tour of the country. 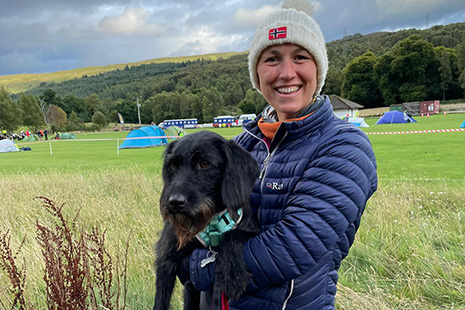 Charly is an army veteran, mother of two and business owner. She is passionate about health, fitness and outdoor living. When Charly was diagnosed with cancer at the beginning of the COVID-19 pandemic, she found herself battling through life-saving surgery, chemotherapy and radiotherapy.

After genetic testing, she had more surgery to remove both breasts, her fallopian tubes and ovaries. She faced early-onset menopause at only 38. Throughout this difficult time, Charly also managed to complete the Scottish coast-to-coast Rat Race to fundraise over £10,000 for charity, despite her health concerns.

She is now a public speaker, sharing the reality of her experience with cancer, what she has learned about resilience and she recently spoke at Cancer Research UK's Partner Summit. She is creating an organisation to inspire and support others in self belief and fitness.

Charly's story inspired her 7 year old daughter, Pheobe, to write a book from a seven year old's perspective about the kindness shown to her family when her mum was diagnosed. Pheobe has since won a writing competition and her book, 'Kindness' was published and is now available for sale throughout the UK. 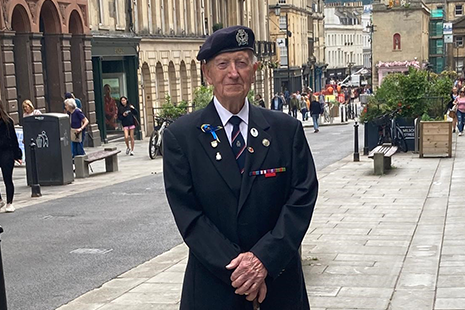 Stan Ford L 'D Hon is a 97 year old WW2 D-Day veteran who joined the Royal navy aged 18. He served on HMS Fratton off the coast of Normandy D-Day. His ship was sunk with the loss of 33 crew. He suffered severe injuries and has spent his life in callipers.

Despite all he has been through he has a loving family and is always cheerful and happy. Stan helped save Europe and the commonwealth. It would be fitting for a WW2 veteran to represent those who fell and served during WW2. 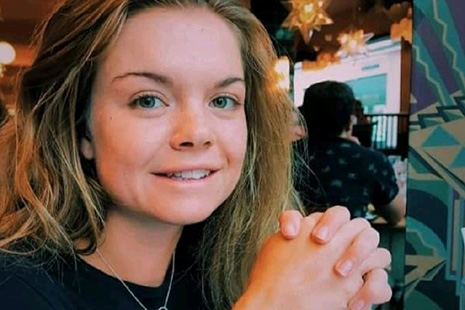 Despite being told that girls couldn't play football, Pippa played academy football from the age of 8. At university, she held roles on committees for the ladies football team, leading sessions and encouraging others to get involved.

Pippa then developed a business plan based around social sport, focusing on the mental health benefits. For Pippa, COVID-19 reiterated the importance of running, so she aims to get everyone involved. 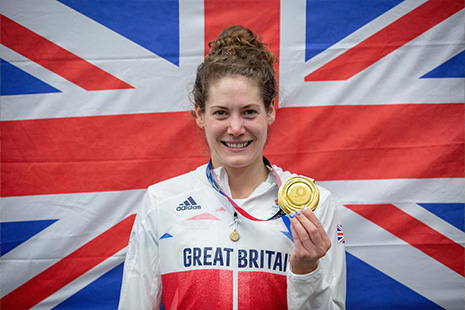 Kate French is the UK and World number 1 in Modern Pentathlon. She also won gold at the Tokyo Olympics and is one of Wiltshire Council's Elite Athletes. Kate's down-to-earth spirit and excellence in her sport makes her a role model for young people, but especially young women. She is a great example of what you can achieve if you set no limits for yourself. 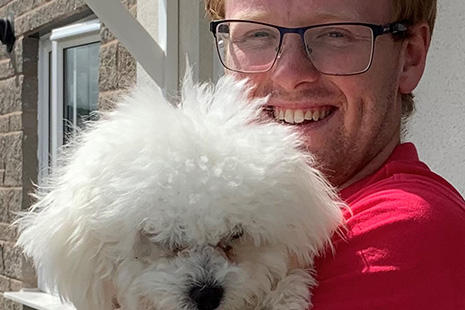 Oliver is a part of the SLX team working for the Commonwealth Games in Birmingham. Having struggled with dyslexia and dyspraxia, Oliver found it difficult to fit in and was bullied at school. Despite this, he remained positive, kind and generous with his time, always keen to volunteer to help others.

Oliver took part in the National Citizen Service courses and worked as a Team Mentor on local courses here in Somerset which focused on helping teenagers who felt like they didn't fit in. As a student, he also flew to Nepal to help rebuild a village destroyed by an earthquake. Oliver is proud to be a baton bearer for the Queen's Baton Relay. 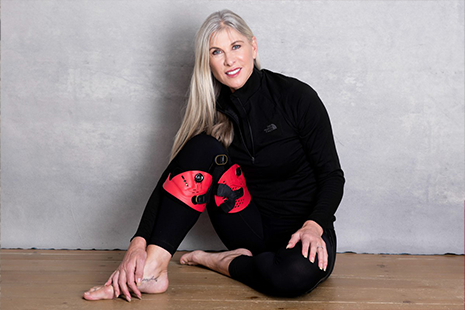 Sharron has been involved in elite sport from the age of 11 when she first represented her country. She is passionate about fair sport and fitness with her own online fitness company, believing that physical fitness doesn’t just help the body but the mind too.

She has 2 medals of each colour from the Commonwealth Games in Edmonton and Auckland, she was also Team Captain.

Sharon has lived in Bath for over 10 years and has three sporty children, including one who is now on Bath U16 rugby Academy squad and one that represented England in Track and Field. 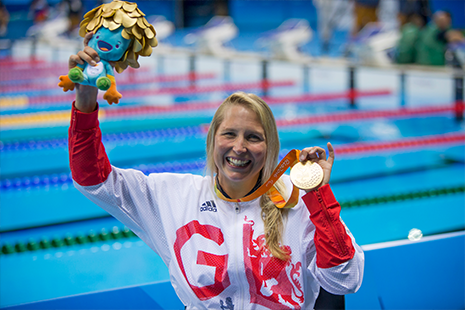 Stephanie has won 10 Paralympic medals, including 2 golds as a swimmer. She is an ambassador for 10 charities and hosts a Facebook page devoted to helping people with depression and anxiety.

Stephanie visits schools, plants trees, works as a bookkeeper and swimming teacher and has written a book to get people into a more positive frame of mind. She inspires many people to believe in themselves. 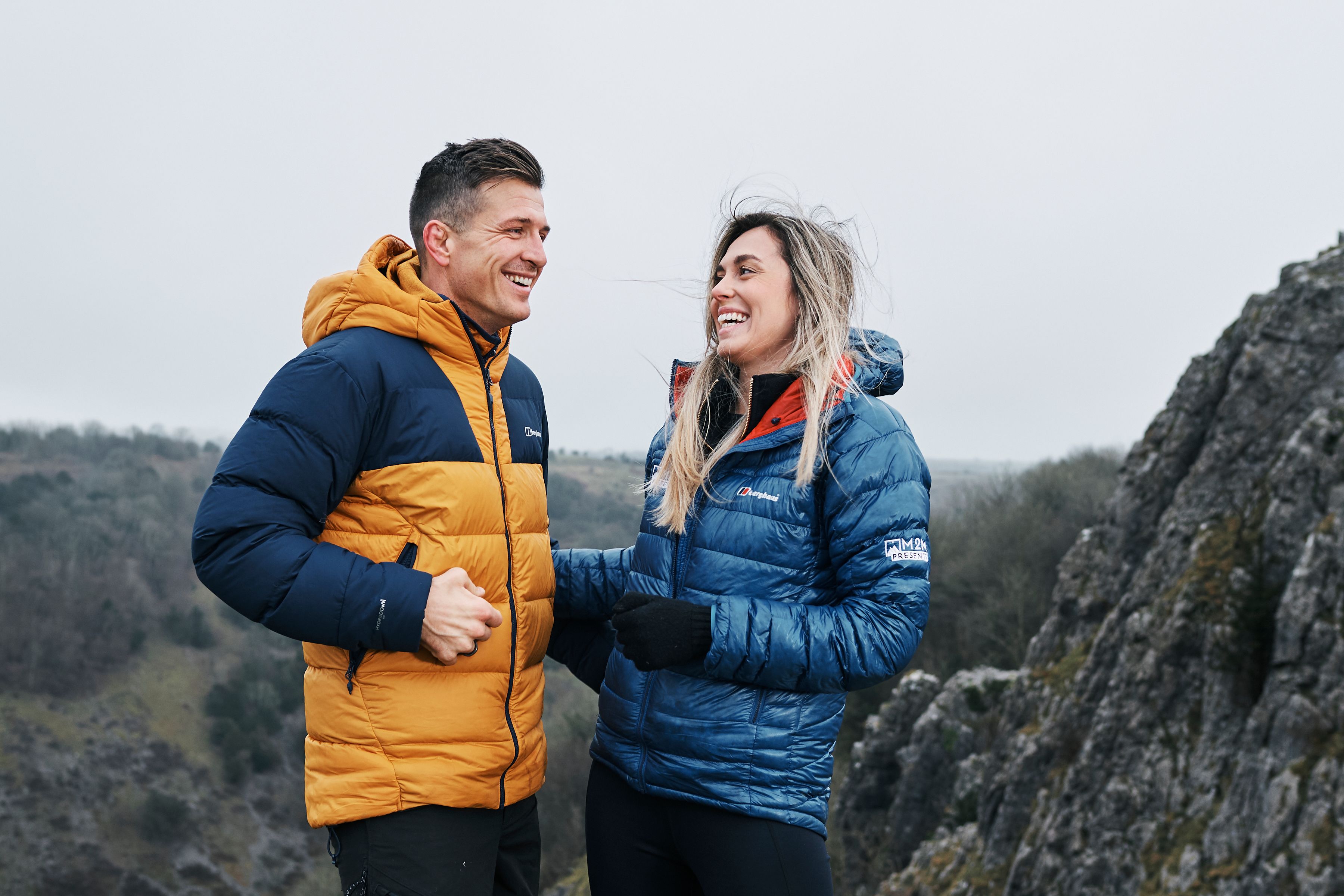 Ed and Lois created ‘Millimetres 2 Mountains’, an initiative taking people with physical/mental ill-health on mountain expeditions to aid recovery. Ed was left quadriplegic following a diving accident, took on a climb of Mount Snowdon after breaking his neck and climbed the equivalent height of Everest during lockdown by walking up and down the stairs, raising over £50,000 for ‘Wings For Life’.

Encouraged by his wife Lois, a Sports Coach and Life Coach, they set up their own foundation to help others facing adversity undertake similar climbing challenges. Ed has recently returned from Nepal after attempting to climb Himlung Himal (7,126m). Although the summit attempt had to be aborted due to factors outside their control, he was still the first quadriplegic to climb up to 6,900m. One of the Millimetres 2 Mountains beneficiaries was also on the trip.

Bath Spa train station is located in the centre of Bath, only a short walk from the route. There are regular train services from London Paddington and London Waterloo. Bristol Temple Meads is just 15 minutes away by train and is a major hub for national rail travel, with links to South Wales and the North of England.

Coach travel is a popular and convenient way to travel to Bath. For coach travel directly to Bath from various destinations across the UK, make sure to check in with your local coach providers to see if they're running any trips.

Three routes operate into the city:

Returns cost just £3.10 at weekends and Bank Holidays and £3.60 Monday to Friday, with free parking.

Several bus operators provide services in and around Bath. First West of England is the largest, operating from the bus station in Dorchester Street, by Bath Spa train station.

Travelling around Bath by bus is easy, with a number of routes from the centre to the city’s outer areas. There are also money-saving deals on First bus services, including day tickets and group tickets.

Children under 5 travel free with a fare-paying adult or young person.

Group tickets are available after 9.30am on weekdays and all day at weekends. Group tickets allow up to five adults or children to travel around Bath until 4.29am the next morning.

Find out more about bus services

Find out more about BathRider

Bath is just 20 miles from junction 18 of the M4 motorway, which runs directly from London and Heathrow Airport. There are also excellent motorway links from the North of England and Devon and Cornwall via the M5 motorway, whilst Wales is just a short drive west on the M4.

Some parking options close to the Market are:

There is also a range of on-street parking options. However, some areas are reserved for permit-holders. If you're driving in, we recommend that you take a Park & Ride service to avoid the traffic.

Bath’s Clean Air Zone (CAZ) is now operational to help provide a cleaner and healthier city. Not all vehicles are charged.

Please check whether your vehicle will be charged in Bath's Clean Air Zone. All you need is your vehicle registration number.

Most of Bath's car parks have Blue Badge parking bays, and there are many on-street Blue Badge spaces in close proximity to the city centre.

Travelling by bike or motorcycle

We welcome cyclists wishing to visit Bath. There are plenty of places to park your bike around the city centre, including under the arch by Bath Spa Railway Station.

Parking your motorcycle in designated on-street locations is free, however maximum stay restrictions still apply. There are also a number of motorcycle spaces on Saracen Street, BA1 5BR, as well as Trim Bridge, BA1 1HD.